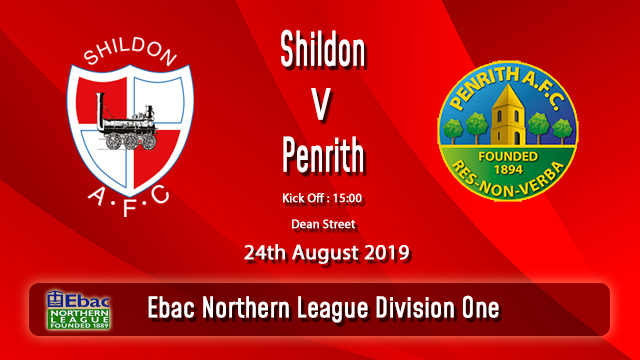 Railway men looking for strong response after a week to forget

Shildon will be hoping for a much need result this weekend as they welcome Penrith to Dean Street.

The home side head into Saturday’s match up on the back of two defeats in a row, both away from home, after Wednesday night’s 3-1 defeat to North Shields, so familiar surroundings may prove pivotal.

On the pitch though, manager Daniel Moore revealed on after Wednesday’s game that he will be without defender Jordan Lavery with what is believed to be a pulled groin to only add to a mounting list of absentees for the club.

However, the manager expects his team to manage well none the less “We’re a bit thin at the moment but we’ve got a squad for that reason”.

With Shildon currently sitting 12th in the Ebac Northern league division one, the manager has called for the Railway men to perform much better across the pitch.

“We’ve just got to keep going, defend the box better and take chances when they come along, we should have been 2-0 up before they (North Shields) even scored their first. “

Meanwhile the visitors Penrith head over to Shildon with only a solitary point to their name so far and will be hoping for much improvement at a ground where the away side have conceded 13 goals in just 2 league games.