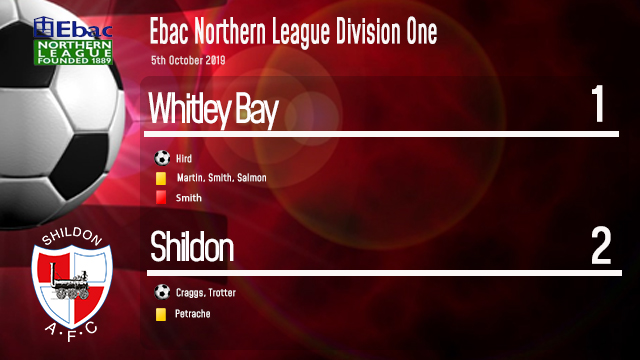 Shildon produced a second half fightback to gain all three points at Whitley Bay and move to 4th in the League.

11 minutes into the half Danny Craggs headed in from a Aidan Heywood cross and then 4 minutes later Ben Trotter placed the ball past the Whitley Bay keeper to give Shildon the points.