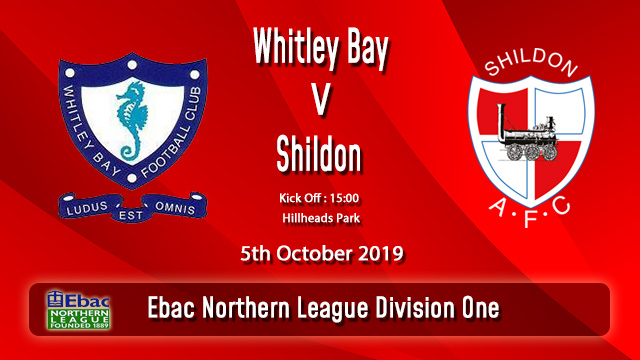 Following a 2-0  win away at Willington in league cup group F, the Railway Men will be looking to continue the fine football displayed, as they take a trip to Hillheads Park to face 16th placed Whitley Bay.

Shildon, who currently sit 6th in the league, will be hoping to finally secure all 3 points following an indifferent set of results in recent weeks.

The victory at Willington will, however provide Daniel Moore’s men with confidence of securing back to back away wins, which could in-turn see the Railway Men jump to 4th in the league.

A 3-1 victory for Shildon when the sides last met at Hillheads park, will be a result manager Daniel Moore will be looking to replicate this Saturday.

Although Manager Moore will be prioritising a win first and foremost, The Railway Men will be hopeful of securing a second clean sheet in four days against a Whitley Bay side that have netted just 12 times in the league this season.

With Shildon currently being the leagues second highest scorers (29 league goals) a clean sheet could go along way to increasing the Railway Men’s goal difference – something which could prove critical come the end of the season.

A win would see Shildon move onto 21 points, potentially leaving the Railway Men just a point off both second placed Stockton Town and third placed Consett (with 2 games in hand).