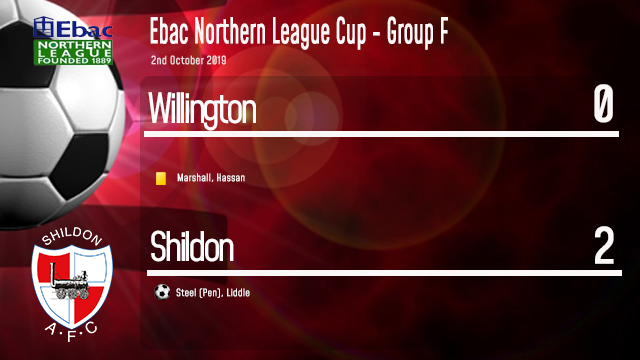 Shildon played some good football as they made it 2 wins out of 2 in the League Cup Group F with a 2-0 victory at Willington.

Nathan Steel converted a penalty after he was brought down in the box by the Willington keeper to give Shildon the lead after 22 minutes.

Chay Liddle then scored his first goal for the club in the 40th minute to finish the scoring.

Both teams had chances in the second half with Shaun Newbrook making a couple of saves to keep his clean sheet in tact.