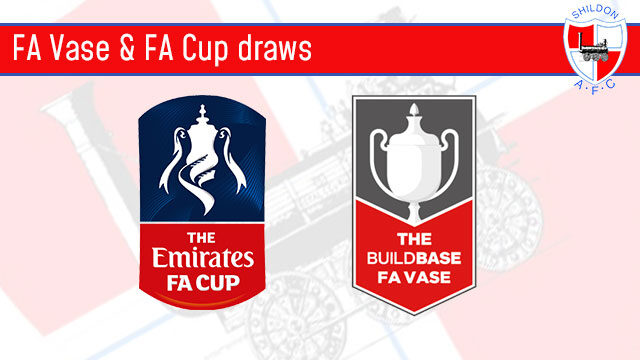 The draws for the 1st 2 Rounds of the FA Vase & FA Cup have been drawn today.

In the FA Cup Extra Preliminary Round we have been drawn away to Stockton Town, the game is due to be played on Tuesday September 1st. The winners of the tie will play either Nothallerton Town or Billingham Town away.

In the FA Vase 1st Qualifying Round we have been drawn at home to Chester-le-Street, the game is due to be played on Saturday 19th September. The winners of the tie will play away to Sunderland RCA.

The FA has been working closely with the Government on the return of spectators at football matches at FA National League System level and The FA will provide an update on this in due course.