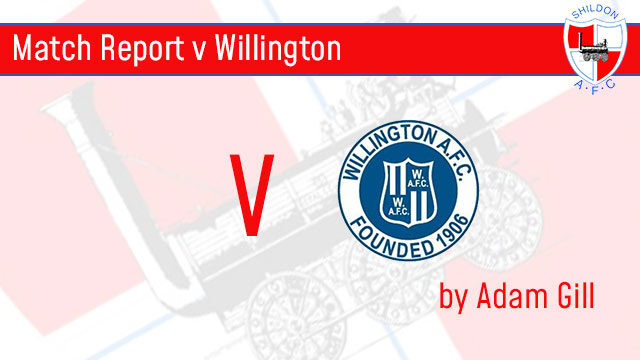 Shildon produced a dominant display as they swept aside Willington in their fourth pre-season friendly at Dean Street.

Billy Greulich-Smith gave the home side the lead, before a Nicholas Smith own goal and a Danny Craggs penalty gave The Railwaymen a three goal lead at half-time.

Goals from Dean Thexton and Michael Sweet increased their sides lead before Thexton added his second of the game seven minutes from time.

A brace from Chay Liddle gave Shildon an eight goal lead before Adam Storey pulled one back for Willington on the full time whistle.

The home side took the lead in the 15th minute when Craggs’ corner was met by Greulich-Smith who headed beyond Willington keeper Carl Robinson.

Shildon doubled their advantage 30 minutes in, when Cragg’s corner was met by Smith, who turned the ball into his net.

Five minutes before half-time, the hosts were awarded a penalty when David Palmer was brought down in the area.

Craggs stepped up and slotted home into the bottom corner, sending Robinson the wrong way.

Shildon nearly added a fourth in the 51st minute, when Greulich-Smith laid the ball off to Craggs on the edge of the area, only to see his thunderous effort come back off the underside of the bar.

Thexton did add his sides fourth 65 minutes in, when he robbed Robinson of the ball before calmly slotting home.

The hosts added a fifth through Michael Sweet five minutes later, as he saw his headed effort loop over the Willington stopper.

The Railwaymen increased their lead seven minutes from time, as Thexton was played through on goal before he finished beyond Robinson.

Shildon added their seventh of the game two minutes later, when Liddle cut inside and curled beyond Robinson.

Liddle completed his brace in the 88th minute when his low strike found its way into the bottom corner.