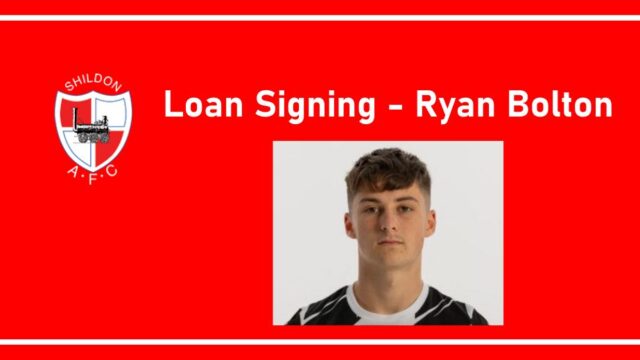 Shildon AFC are pleased to announce the loan signing of Ryan Bolton.  Ryan has joined us on a short term loan from Gateshead FC.

The defender joined the Gateshead FC first-team setup having spent the 2020/21 season with the under-19 squad.

Ryan appeared for the Gateshead first team during the club’s 2020/21 pre-season schedule, and was included in the 18-man squad to face Farsley Celtic in last season’s Buildbase FA Trophy.  He also appeared for Northern League Division Two side West Allotment Celtic prior to the cancellation of the 2020/21 season.

Ryan is eligible to play against Cleethorpes Town FC today.