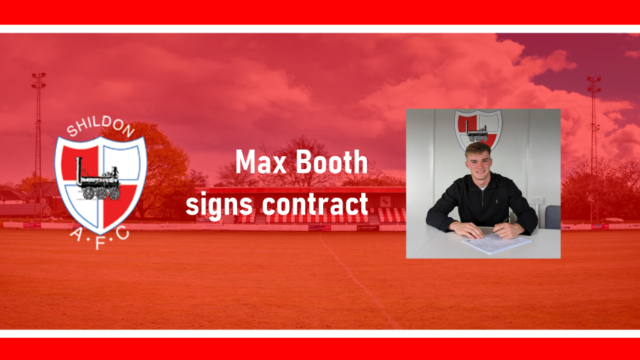 Shildon AFC are delighted to announce that Max Booth has signed a contract with the Club (subject to FA approval). 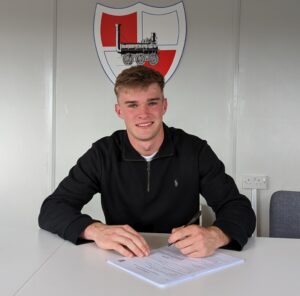 Max will be familiar to Shildon fans having played twice for the first team last season.  He started playing in Teesside Junior Football Alliance League Division 1 with Richmond Town, then moved on to the Darlington youth team.  He was a member of the North Yorkshire county team who got to the semi-finals of two cup competitions.  Max joined the Darlington Academy which he attended for 2 years, playing for the first team in a number of pre-season and cup games.  Whilst at the academy he played for Shildon AFC reserves and during the 2021/22 season stepped up to the Shildon first team.

Jamie Tunstall, Shildon AFC Manager said “Since I came to the club Max has been a topic of conversation a number of times.  He played a couple of times last season and did really well.  We’re delighted that Max has committed to Shildon for next season and I’m hoping he continues to improve and he’ll get opportunities with the first team.  We’re hoping that Max and Matty’s contracts show the young players within the reserves that they can be rewarded and that there will be chances for them.”