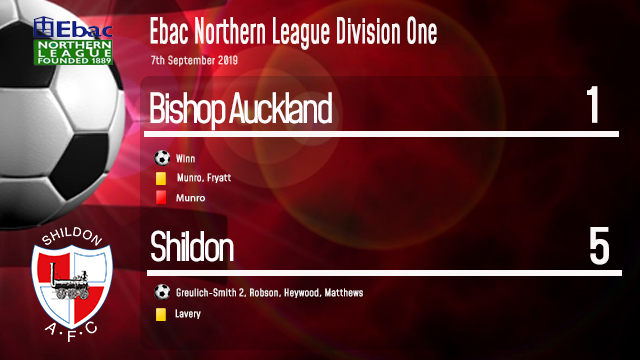 Opening with a new 3-5-2 system it looked like it was taking time for the players to get used to it when Winn opened the scoring for Bishop on the half hour mark.

From then on though it was Shildon who took control of the game. On 34 minutes Billy Greulich-Smith stabbed the ball home after a scramble in the box.

7 minutes later Billy was on hand again to turn a Matty Robson cross into the net past former Shildon stopper Nick Liversedge. A couple of minutes after Matty Robson fired in a shot from a narrow angle to make it 3-1 at Half Time.

Aidan Heywood then scored the goal of the game. Picking the ball up beat a couple of players before curling a shot into the top corner of the net.

Kurt Matthews finished off the scoring guiding a header over the Bishop keeper.